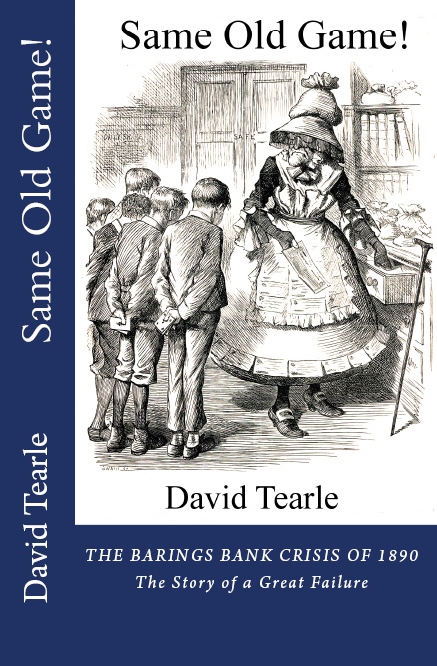 In 1995 Nick Leeson brought Barings Bank to its knees by reckless speculation in Singapore. The most famous bank in the world was gone. Less widely known is the collapse of Barings Bank almost 100 years earlier, in November 1890. This time the reckless speculation was in South America, and not by an employee out of his depth but by its senior partner – and the sum involved, in today’s terms was the same £1 billion! This book tells the story of  the “Baring Crisis of 1890” and how two sisters from Devon captured two partners of Barings and persuaded them to recover their lost inheritance – the Flete and Membland Estates. But this principality in South Devon did not last. Rivalries and indulgence took their toll a speculation too far brought Barings Bank to the verge of bankruptcy – with tragic results for the key players in this Victorian melodrama. The success and subsequent failure of the bank is also about four families whose

history runs in parallel with the unfolding events in South America that were destined to run Barings onto the rocks.

On Saturday 8th November 1890, Lord Revelstoke, Francis Baring and Everard Hambro met William Lidderdale, the Governor of the Bank of England and Baring Bank’s calamitous situation started to emerge. Lidderdale sent a note to the Chancellor of the Exchequer, George Goschen “hoping that he might be in town early on Monday morning the 10th November”. Lidderdale spent an anxious weekend knowing what was about to happen. Lord Goschen spent an anxious weekend not knowing what was about to happen. He need not have waited until the Monday to find out, because on Saturday 8th, Punch Magazine published the John Tenniel cartoon, “Same Old Game!”  Someone was very well informed indeed……………..

"Same Old Game!" is now available as an e-book from the Amazon Kindle Bookshop. 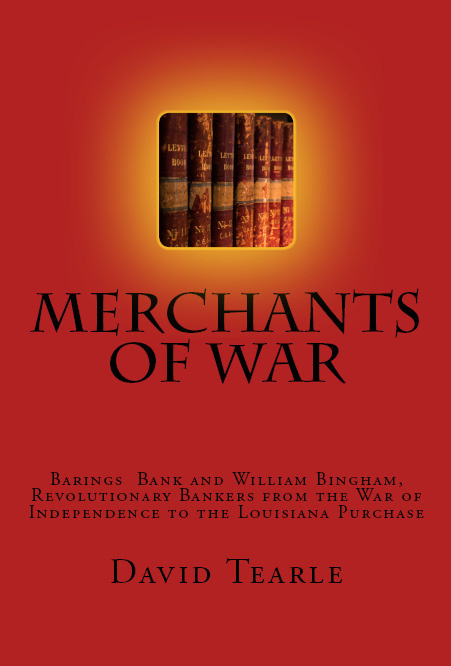 John and Francis Baring established their merchant house in 1762 in Cheapside, London. By 1775 and the eve of the American War of Independence they were more likely to make a loss than a profit  and yet by 1803, they had financed the Louisiana Purchase, had the agency of the United States and were described later by Richelieu as the “Sixth greatest power in Europe after Britain, France, Austria, Prussia and Russia”. So how did this happen? Entries in Barings’ ledgers of 1775 provide some of the clues….

This book describes the events and relationships that established Barings as the world’s most powerful merchant bank and the role that family connections played in transforming the new United States into the world’s first superpower. The most significant of these connections was Senator William Bingham of Philadephia – Benjamin Franklin’s  war-time undercover agent in Martinique, who first appears in the Barings’ story in 1783, and whose descendants are now part of British aristocracy .For students of British history , the book explores how the world’s first merchant bank changed the political landscape of the times, and the coincidences and serendipity that led to the bargain of all time, the Louisiana Purchase.

The period covered by this book saw the biggest political and economic changes of any comparable period before or since. The key characters in this book may no longer be well known, but they were there, just off-stage, making history, and a lot of money……..

Appendices examine the genealogy of the Baring, Bingham and Willing families and their impact on English aristocracy. The life of Bingham’s wife, Anne Willing Bingham, “the most beautiful woman in all America” is examined in detail. The heritage locations described in the book also feature as an appendix.

This story ends in 1804;  The final chapters  tie up the loose ends and set the scene for the next instalment in the Baring chronicles………”Same Old Game!”. 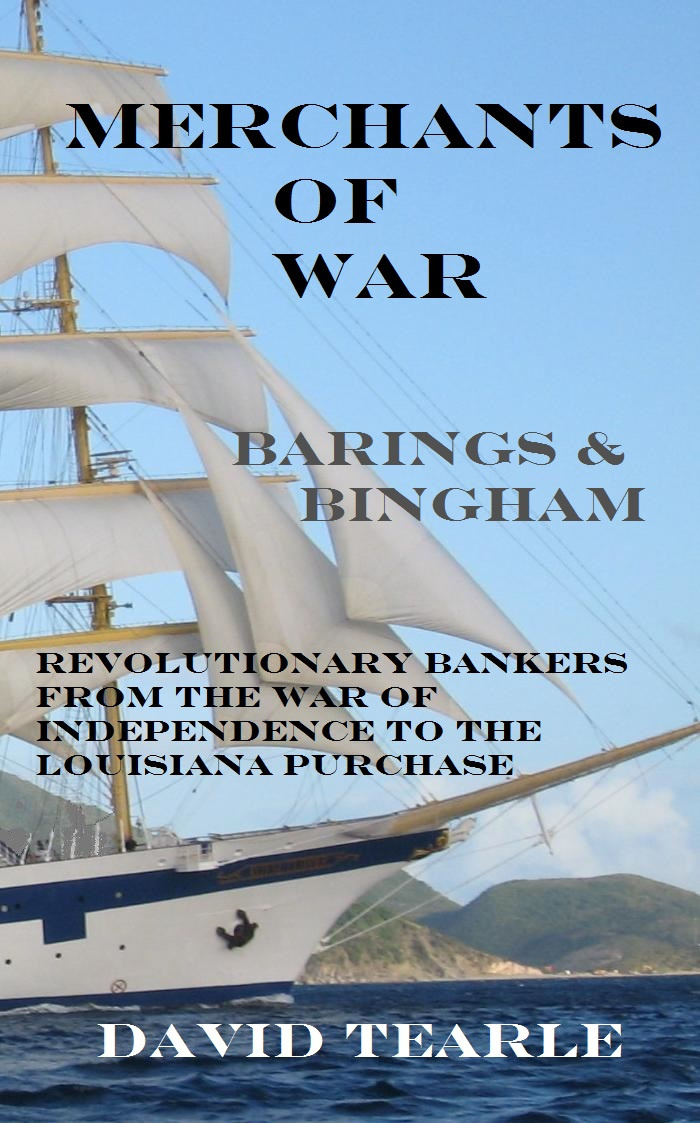 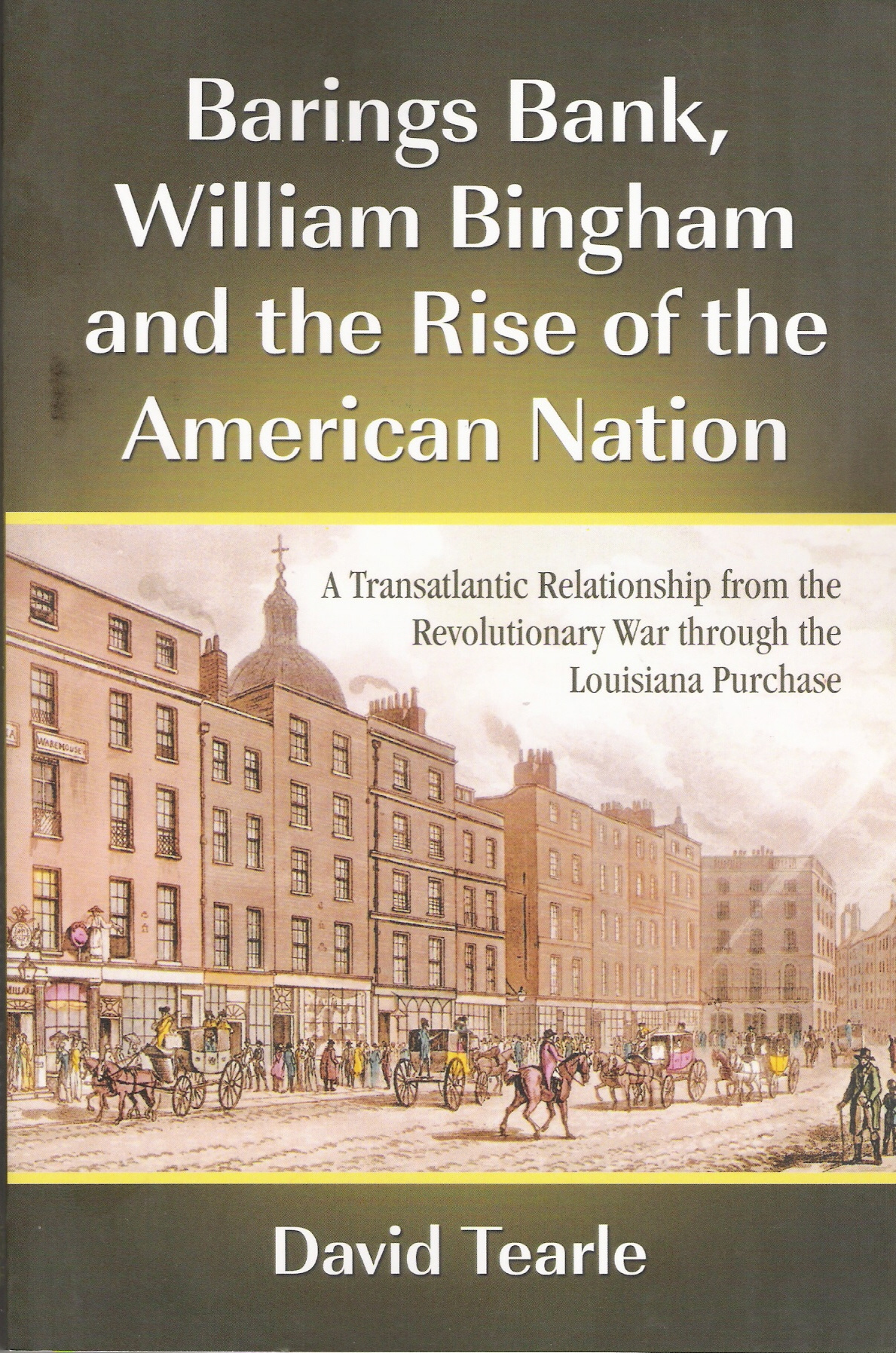 Britain’s loss of its American colonies was arguably the most significant event in modern political history. It marked the beginning of the end of one empire and heralded the world’s very first super-power, the United States of America.

The causes of the difficulties between the colonies and the mother country are well known and have been the subject of analysis now for almost 250 years. As tensions grew wise counsel in Britain and America endeavoured to find a solution that would allow America to find a role as a self-governing “division” within the greatest empire the world would have seen.

Each colony wanted little more than to be left alone to pursue its own ideals; what each colony did not want was a British government determined to exert more rather than less control and to be taxed to pay for British soldiers to defend the empire against the French. On the other hand Britain was struggling to balance it books after war with France and perhaps rightly felt that its increasingly wealthy and troublesome colonies should at least contribute.

The Boston Massacre and the events that followed led the thirteen States to set aside their own differences and address the common enemy – Britain! The first Continental Congress was convened in 1774 in Philadelphia and made a last appeal to Great Britain before resorting to arms. It resolved to meet again in May of 1775 but in April of that year a brigade of British regulars “without any provocation” fired on and killed six New England Militiamen. Britain and America were effectively at war.

The second Continental Congress duly met in May of 1775, appointed George Washington to the post of Commander-in-Chief of the Continental Armies. However, Congress, as it became known had no money, no equipment and no military or executive structure. And whilst political will had brought the States to this position, political will alone was not going have much impact on the world’s dominant power.

What were soon to become the United Sates of America took on Britain and won its independence – but how did it actually do it? The names of America’s founding fathers are immortalised, but those of the merchants, bankers, buccaneers and adventurers who turned an aspiration into reality are largely forgotten, or in some cases have been air-brushed from history.

This quite remarkable story has been re-constructed from original archive material to establish who really made it happen, how they did it, where the money came from and where it went! 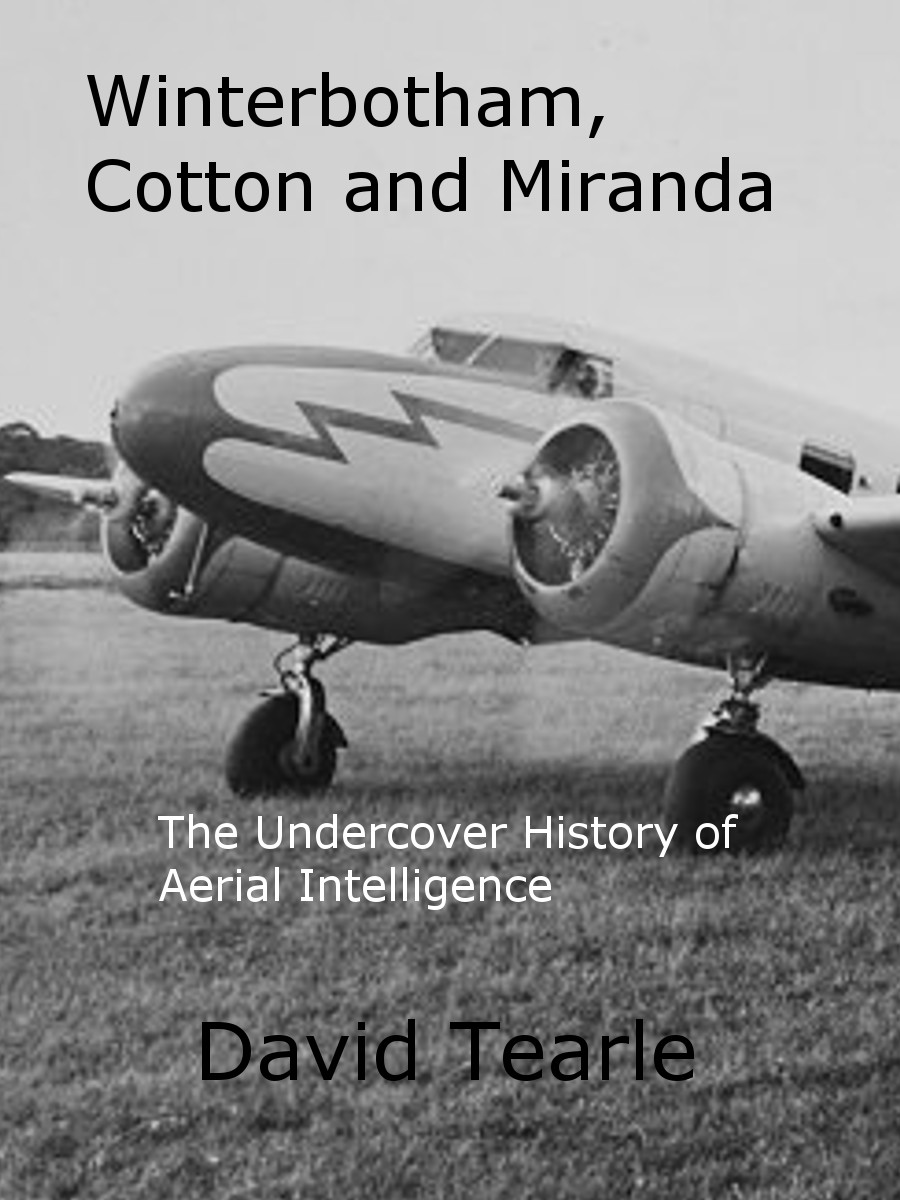 By the time of the Munich Agreement in 1938, when the British government finally accepted that war with Germany was inevitable and was taking desperate efforts to re-arm, it was left to British and French secret services to catch up with the extent of German and Italian readiness for a conflict. No serious reconnaissance had been done, and by this time it was too late to use military aircraft for the job.

The British Secret Service (SIS and later MI6) had become concerned as early as 1930, but its warnings to Government went unheeded.

Finding a way to fill the intelligence gap was achieved by two former WW1 pilots and a Mexican/American arms dealer with a very shady past............