Barings Bank, William Bingham and the Rise of the American Nation 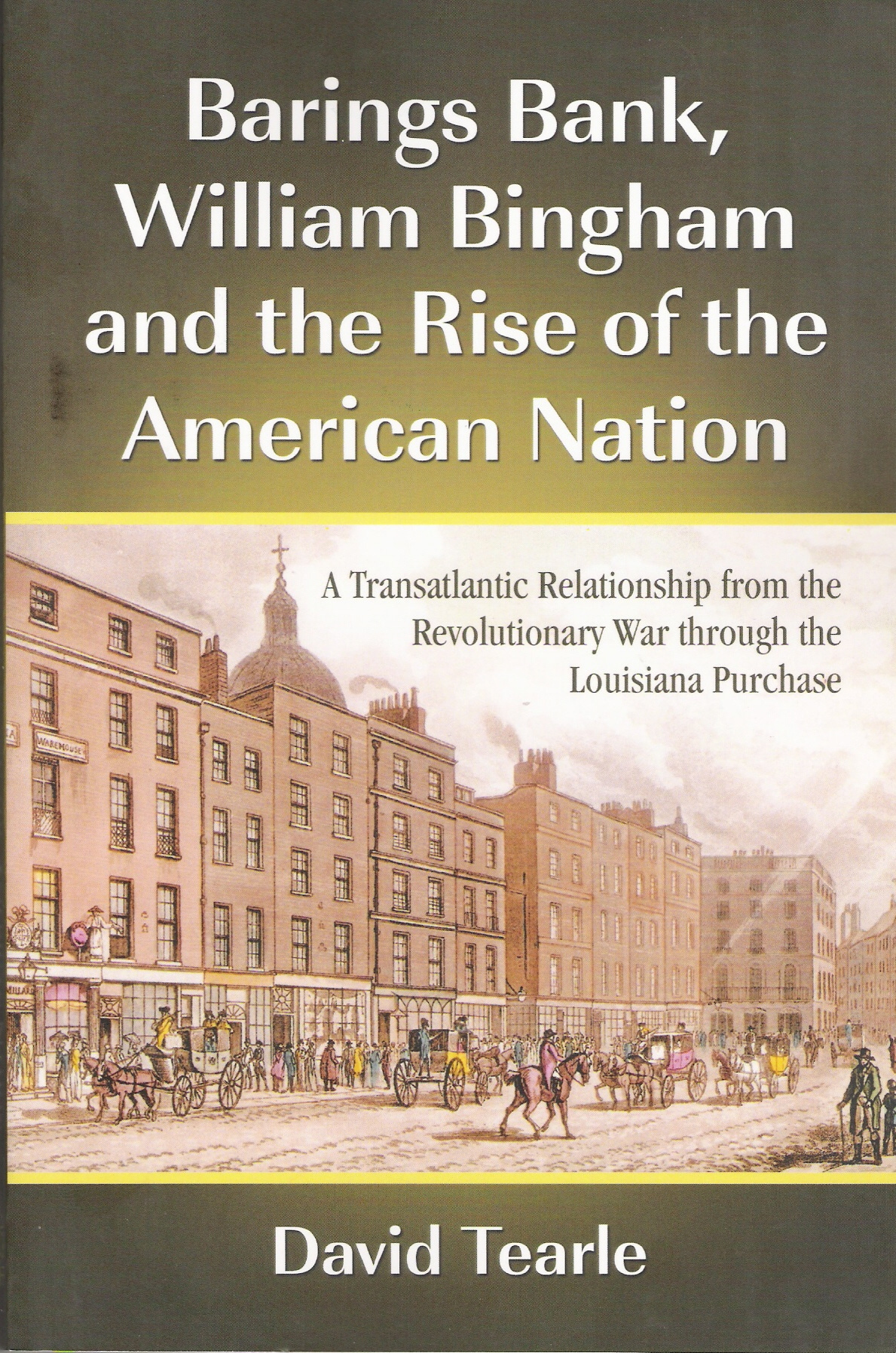 Barings Bank, William Bingham and the Rise of the American Nation is published by McFarland & Co who have a reputation for producing academic work of the highest standards. This book is no exception, is well researched, sourced and annotated and has been taken up as a source document by universities around the world. I was impressed and gratified by their decision to publish and by the strength of editorial assistance and encouragement they contributed.

It also tells an exciting story from both sides of the American revolutionary war; it deserves a wider audience, not just from the academic world. It is my intention to capture a wider readership, and I hope that the following description and research background will help in achieving this objective.

John and Francis Baring established their merchant house in 1762 in Cheapside, London, just one of many attempting to service the huge expansion of world trade at the end of the 18th century. They were finding their feet and beginning to turn a profit in the years running up to the American War of Independence. And yet little more than 25 years later, together with their close associate Hope & Co, they had financed the Louisiana Purchase, and were described later by Richelieu as the “Sixth greatest power in Europe after Britain, France, Austria, Prussia and Russia”. This change from just another merchant house to pre-eminence happened around the time of and just after the American War of Independence and the creation of the United States.


Francis Baring was without doubt the foremost banker of his time. He was perhaps the first to embrace the concept of merchant banking. He combined banking with political influence on both sides of the Atlantic, and became very well connected, and one of these connections was a wealthy Philadelphia merchant and later Senator, William Bingham.

This book describes the events and relationships that established Barings Bank as the world’s most powerful merchant bank and the role that family connections played in transforming the United States into the world’s first superpower. Illustrations of the key characters and locations accompany the text. Appendices examine the genealogy of the Baring, Bingham and Willing families and their impact on English aristocracy. The life of Bingham’s wife, Anne Willing Bingham, “the most beautiful woman in all America” is examined in detail. The heritage locations described in the book also feature as an appendix.

This book is intended for students of the early years of the American nation and the Federalist period.  It also provides an insight into William Bingham who died in England and whose DNA has threaded its way through British aristocracy, allowing him to achieve in death what he failed to in life.

As far as students of British history are concerned, the book attempts to highlight the role of the world’s first merchant bank in the political history of the times, and the connections, coincidences and serendipity that led to the bargain of all time, the Louisiana Purchase.

The period covered by this book saw the biggest political and economical changes of any comparable period before or since. The key characters in this book may not be household names, but they were there, just off stage, making history happen. The book also tells a rattling good story that will be of general interest!

This story ends in 1804;  The final chapters  tie up the loose ends and set the scene for the next story………”Same Old Game!”. 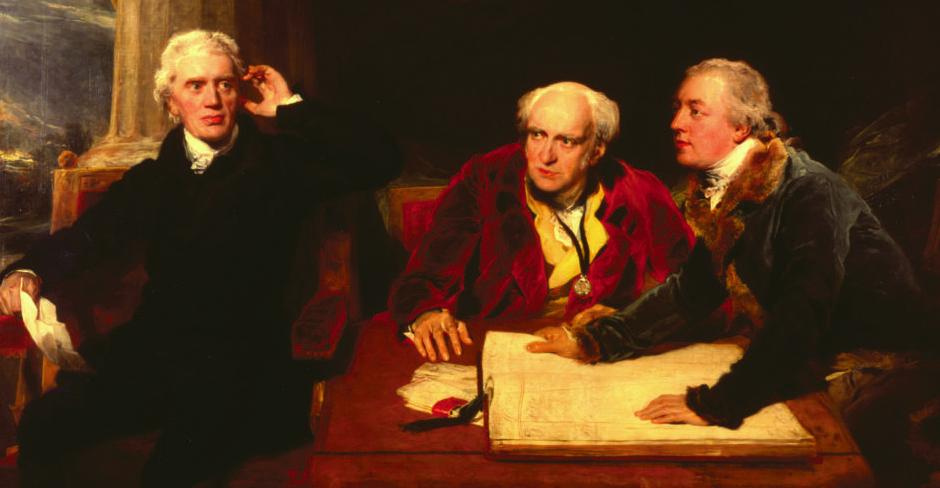 3BACKGROUND TO THE BOOK

My interest in the story came from my curiosity about the estates in Devon acquired by the Barings Bank partners and their sudden loss in 1890. I did not realise at the time that the family had grown from humble roots in the wool trade in Devon.

John Baring, the first in the line, had made enough money from the family wool business to send  his second son Francis, to London to be educated and apprenticed as a merchant.  Francis Baring became the pre-eminent merchant and banker in London, became the first identifiable “merchant banker”, financed the US government’s Louisiana Purchase in 1803 and acquired the agency of the United States soon after.

How did all this happen so fast? The official histories of Barings were not much help, but Robert C. Alberts in his biography of William Bingham, the Golden Voyage, got very close but did not pursue the story, after all his subject was Bingham and not Baring.

So I decided that I would go back to as many original documents as I could find, and find the answer to my question myself.

I contacted the Baring Archive and asked permission to look at any documents that might exist for the very early years of John & Francis Baring, which opened its doors in 1762, a turbulent time at the end of the Seven Years War which established Britain as the dominant maritime nation in Europe, and through the East India Company, the world.

The only documents in the Baring archive that have survived from that period are the General Ledgers for each year that show the accounts with all the firm’s correspondents, and for those early years are in French, for which I was not properly prepared. (At the time French was the language of commerce, and employing a French scribe was de-rigeur)

I had no idea what I was looking for – I had the notion that financing/supplying arms to the rebellious American colonies might be the answer and would fit in with the timescale – Barings grew rapidly from 1775 onwards, so I trawled for names.

By now I knew that Willing & Morris were the most significant merchants in Philadelphia and probably the whole of the colonies, and were key in financing George Washington’s Continental Army. Thomas Willing and Robert Morris were members of the Committee of Correspondence that conducted the war with Britain.

Caron de Beaumarchais assisted personally with raising funds for the American cause against Britain, and in encouraging the French government to do the same.

Benjamin Franklin, by this time had returned to America after failing to convince the British government to improve the rights of the colonists, and was immediately appointed to  the Committee of Correspondence, and created and chaired the Committee of Secret Correspondence which conducted the war politically and strategically. To this end Benjamin Franklin sent a very young merchant to French Martinique in the Caribbean to act as agent for what had now become the rebellious United States of America. The young agent was William Bingham, and he appears in Barings Bank records in 1784.

It looked as though the next stage of the story would be in America so spent some time at the Historical Society of Pennsylvania, Philadelphia, at the Winterthur Museum in New Jersey, and the Smithsonian in Washington DC. And so it was.

I now know how Barings Brothers Bank became the world’s first merchant bank, financed the Louisiana Purchase, and how its family members dominated British politics for more than a hundred years.